Last Push for the Benefit

OK everyone – if you don’t know about the benefit next Friday (23rd) you’ve probably been away!

This is the last push. We can, according to the venue, sell some more tickets so let’s lay it on the line…

We have a great night on offer here. For a measly £8, you get a local night out with top flight entertainment.

WE NEED TO RAISE AS MUCH MONEY AS POSSIBLE TO ADVANCE THIS CAMPAIGN. EMAIL YOUR FRIENDS – PHONE THEM UP, SHARE THIS LINK ON FACEBOOK – WHATEVER.

TO GET TICKETS, CLICK THIS LINK http://markdmcglynn.co.uk/ THEN CLICK THE ‘ADD TO CART’ BUTTON ON THE RIGHT. ALL TICKETS MUST BE SOLD IN ADVANCE.

Here’s what you can expect.

John Ellis has been at the top of the tree for a long time. A founder member of Bazooka Joe, infamous as the headline for the Sex Pistols first support gig. He went on to form the Vibrators, sign with Mickie Most and tour and record in the vanguard of the punk movement. They also backed Chris Spedding, by the way, on his hit Motor Bikin’.

He worked as a guitarist with the Stranglers and, when Hugh Cornwell left the band, John became a member with singer Paul Roberts. By the time he parted from the band, John written and co-written four albums for them.

A four year stint with Peter Gabriel (replacing Robert Fripp), recording and playing with Peter Hammill and the great Judge Smith, many ambient and gallery compositions, websites, videos, education projects, the Newsnight Jimi Hendrix Welsh national anthem hoax……now he’s working on an exciting new acoustic songwriting project, The Pinch, and he’ll be debuting much of that material on the night.

John lives locally and is feels strongly about this campaign. 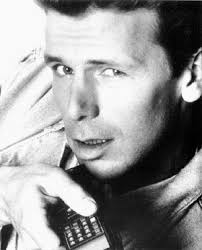 Matt Welcome is a regular on the Comedy Store & Jongleurs circuit and, over a 15 year career, has appeared at the Edinburgh Fringe and on television, including an appearance on the live Apollo show on the BBC.